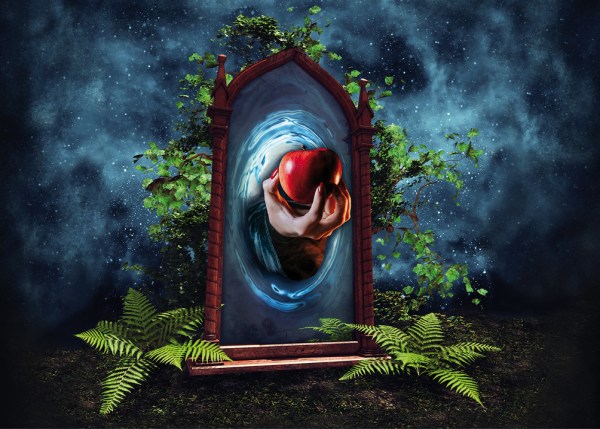 LADS’ FAMOUS PANTOMIME IS BACK!!
(Oh yes it is)

Auditions for Snow White - a pantomime written especially for LADS - will be held on
Sunday 11th September in the Market Theatre.

10am: Children’s Dance Troupe – we will be auditioning for 8/10 children (age 8-17) to be in the pantomime dance troupe.  Please note that members of the dance troupe will be required at dance rehearsals from 10am until 2pm every Sunday as well as at all other scheduled rehearsals, including Sunday afternoons.

11am: Children’s Singing Chorus – we will be auditioning for a maximum of 20 children (age 8-17) to be in the singing chorus.  The singing chorus will be required to attend all scheduled rehearsals, unless notified in advance, plus occasional Sunday morning rehearsals.

NB: children can audition for both the singing chorus and the dance troupe but if successful will only be offered a place in either one or the other.  All children will have some lines to say in addition to singing and dancing.

12:30pm: Adult singing auditions.
VERY IMPORTANT: If you wish to audition for Snow White, Serpentina, Smug or Head Witch, please come to the singing audition with a prepared song to sing for the casting committee.  It can be any song of your choice which you feel best showcases your singing talents!  Maximum length 2 minutes.

1pm to 2:30pm: Auditions for speaking parts (see cast list below).
Only adults and children over 16 years of age may audition for these roles.

Performance dates and times will be:


There will be no evening performances on Sundays 22nd and 29th January.

Synopsis: Mirror, mirror on the wall, who is the fairest of us all? asks Serpentina, the wicked Queen.  Well, the mirror says it’s not the queen or her horrible daughters, Violet and Nasturtia, also known as Vile and Nasty, so who could it be?

This brand-new version of Snow White has been written especially for LADS by Richard McIlwaine.  It is the traditional Snow White story but with new characters and plot twists.  So, can good still triumph over evil and can Snow White really live happily ever after?

Cast:
Serpentina (F): the wicked Queen, despicably evil mother of Vile and Nasty, stepmother to Snow White and wife of the King.
Vile (M) and Nasty (M): Serpentina’s horrific daughters – these are ‘dame’ roles played by men.
Described by their mother as shy, gorgeous, charming and divine, they are of course the total opposite.
Snow White (F): Principal girl, sweet and lovely.
Bartram / King (M): Bartram the Queen’s woodcutter in Act 1 and the King in Act 2.
Ogle / Warlock (M): Ogle the palace butler at the start of Act 1 and the Warlock, assistant to the witches for the rest of the show.
Head Witch (F): an evil and nasty witch who runs St Elaine’s Convent for Young Witches.
Smug (M/F): leader of the circus folk. Smug by name, Smug by nature but a good leader and friend to the other circus folk. Has a crush on Snow White.
Jack (M/F): Local village lad who owns Daisy the cow – could be played as a principal boy character.
Jack is of course the main character from Jack and the Beanstalk.
Joker (M/F): the clown.
Garth (M): the strongman.
Rosie (F): a tightrope walker.
Silly (M/F): a lion tamer.
Florence (F): an acrobat.
Esmerelda (F): a trapeze artist.
These are the banished circus folk who live in the woods and befriend Snow White.
A happy and talented group of performers who have lost their confidence and livelihood due to the evil Serpentina.
Prince Charming (F): in Act 2 only.  Principal boy.  A thigh slapping, swashbuckling hero!

Voice only:
Announcer (M/F): introduces the pantomime at the beginning of Act 1.
Mirror (M/F): voice of the magic mirror that advises Serpentina.

If you cannot attend auditions but would like to be considered for a part, or if you want to know more about the production, please phone Sally Watson (Director) on 07793-315954 or by email.